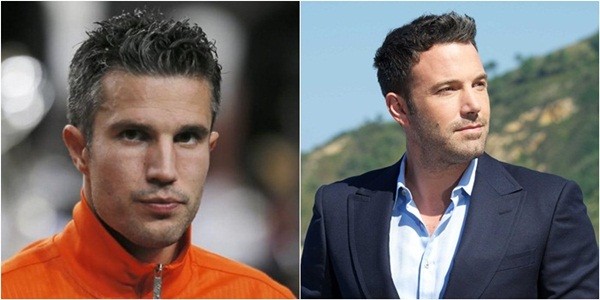 One of the best srtikers to ever play in the Premier League makes it to ninth of the Top 10 Footballers Look Alike as he looks alike with Hollywood actor Ben Aflect. The amazing striker is currently playing for Fenerbahce in the Turkish League after his spell at Manchester United where he won his first Premier League title and won the Premier League golden boot in his first season at Old Trafford.

The two have the same hairstyle and same hair color.