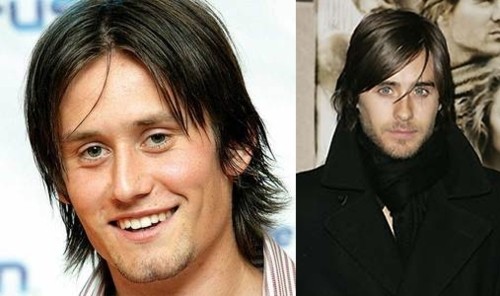 in eighth its Arsenal man and Cech republic captain Tomas Rosiscky taking up eighth place on the Top 10 Footballers Look Alikes as he looks alike with American singer, actor, song writer and director Jared Leto. The two celebrities have the same hair styles and same hair color they also have the same facial expression as seen in the picture above.

Tomas Rosicky has been playing for Arsenal since 2006 and is one of the oldest players at the club at the age of 35.