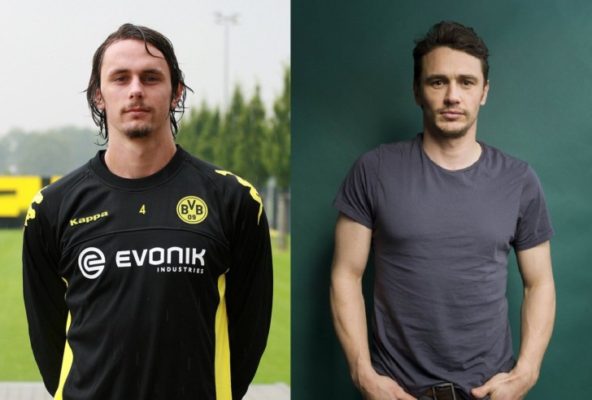 One of the best defenders in the world and one of the best actors in the Movie industry makes this list of the Top 10 Footballers Look Alike. Neven Subotic and James Franco look alike despite having different hairstyles but have common facial features. Subotic plays for Borussia Dortmund in the Bundesliga and is known for his hatred, tackling and physical strength. While James Franco is well known for his roles in Spiderman, Rise of Planets of Apes and is brother to actor Dave Franco.