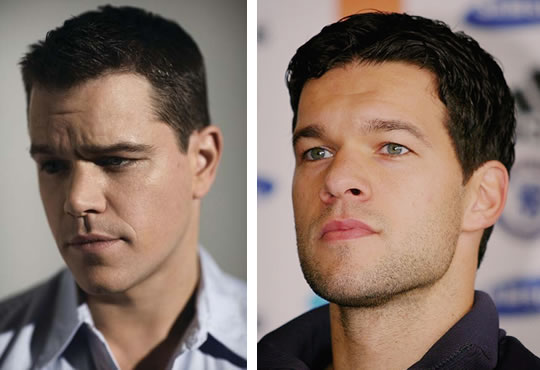 In third is former Chelsea man Michael Ballack. The Germany international looks alike with American actor and film maker Matt Damon, the two have the same hairstyles, they also have the same eye color and the same body build. If you don’t know either of them you would think they are the same person but when you look closely you might just spot some differences.