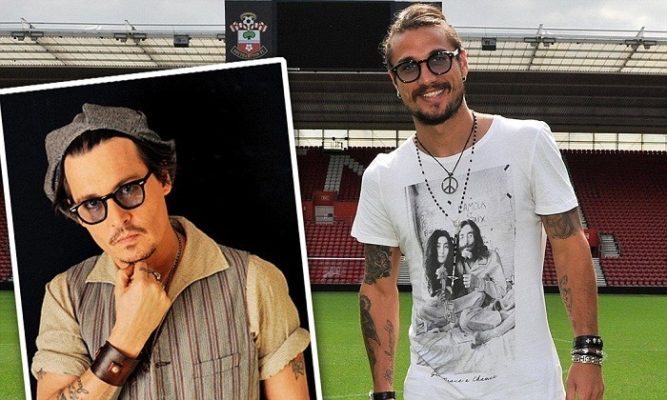 These two look so much alike I once thought they were twin brothers but I guess I was wrong. They just look really alike and are one of the best look alikes in the world. Dani Osvaldo recently retired stating that he preferred “beer and barbecues to money and football”. That does sound a lot like Johnny Depp too. The footballer look so much alike with America actor Johnny Depp who is well known for his role in Pirates of the Caribbean.