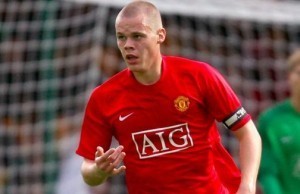 In sixth place is Ryan Shawcross the English defender. Ryan Shawcross singed for the youth team at Manchester United in 2002 and found it hard to break through the youth system to make his way to the main squad. Shawcross however only managed to make two competitive appearances for the Red Devils Manchester United which were both Cup competitions. He then went ahead and signed a loan deal with Stoke City in 2007 with an option to buy at the end of the season with a price tag of 1 million Euros .

He impressed during his loan spell at the Potters and they were intrested in finalizing the deal but United decided to rise the fee to 2 million Euros and saw their defender join Stock City for the latter amount.