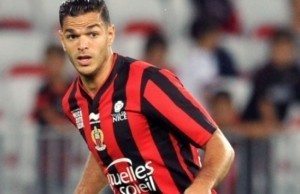 Down to the number 1 top man  of the Top 10 Goal Scorers in the French Ligue 1, Hatem Ben Arfa. Ben Arfa is a French, attacking mid fielder and a winger for OGC Nice. The French man has so far managed to score 7 goals for his team. During the triumphant 6-1 win against Girondins de Bordeaux, Ben Arfa managed to 2 goals to the score sheet and he scored another 2 goals for his team in a match against AS Saint-Etienne. This proves to all that Ben Arfa is definitely one of the best players in the Ligue 1 but we are yet to see the performance against all other rivals as the season advances.