There is nothing better than scoring three goals in one game, but for these guys, they can celebrate the fact they’ve done it on numerous occasions, with the number-one scoring an impressive 11 Premier League hat-tricks.

Saido Mane stole the hat-trick headlines this season as he scored the fastest EVER Premier League hat-trick in just over two minutes, but who has scored the most hat-tricks?

Let’s find out the 10 Players with Most Premier League Hattricks. 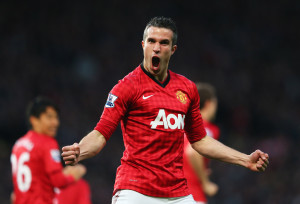 The Holland international, Robin Van Persie ranks tenth in our list of 10 Players with Most Premier League Hat-tricks.

Van Persie scored his first Premier League hat-trick at Arsenal against Wigan Athletic in January 2011 and his most recent came when he scored all the three goals for Manchester United against Aston Villa during their title-winning campaign.