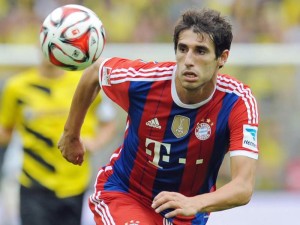 Javi Martinez originally started out as a central-defensive midfielder, but since moving to Bayern Munich, he has filled out at centre-back and made the position his own.

The 26-year-old made his name with Spanish side Athletic Bilbao, before completing his move to Germany back in 2012.

He is still playing for the Bundesliga champions.