Manchester United have been on top of English football for good 20 years now, and since the league was reformed in 1992 season United under Sir Alex Ferguson have dominated England division 1 and won 11 league titles in what was a great marathon of titles which enabled them to take over Liverpool as the leading league titles winner, in doing so they had to buy some big name players over the year although they never went over in expensive signings but they do have their fair share of hit and misses when it comes to expensive signings

Previously we published the :

Here is the list of Manchester United most expensive signings ever!

Manchester United Most Expensive Signing Ever 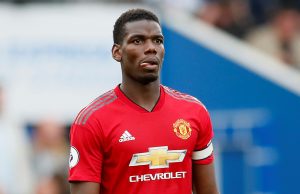 French midfielder Paul Pogba’s £89.3 million price tag in 2016 still makes him the club’s most costly signing ever, ahead of Belgium striker Romelu Lukaku, who joined the Red Devils in 2017 for a fee of £76.23 million.

he third most expensive United player ever is former Real Madrid star Angel Di Maria, who cost £59.7 million  in 2014, He was later sold the following year to Paris Saint Germain following his poor form at Manchester United.

The aforementioned Fred is in fifth place, ahead of Rio Ferdinand, who joined the Old Trafford club for a reported fee of £41.4 million  from Leeds United in 2002.