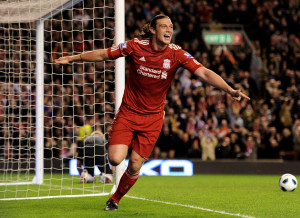 Fortunately for David Luiz, this guy is making it at number-one and unfortunately for Liverpool, it’s another one of their signings.

The striker had a great season in the Championship for The Magpies and was tipped for great things. However, he didn’t suit Liverpool‘s style of play and just flopped at Anfield.

Shipped out to West Ham United on loan for a season and then eventually sold permanently to The Hammers for just £15m, making a £20m loss on the striker.

Simply the most overpriced footballer.