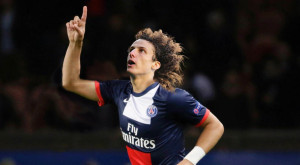 This was VERY close to being at number-one spot just because it’s ridiculous.

£50million for a defender who can’t really defend but can often score the sensational goal. It’s like signing a striker for £50m who can’t score but is good at tracking back.

When Chelsea heard Paris Saint-Germain were offering £50m for the Brazilian they must have been laughing their heads off. Massively overrated in the game and was caught out in the World Cup when Germany tore him apart.

If he’s worth £50m, the average Joe on the street must have some kind of price-tag.