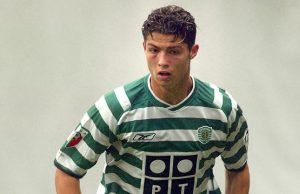 The Arsenal gaffer says his biggest regret is not signing Ronaldo when he had the chance, with the Portugal captain going on to become the best player in the world.

Wenger added: “I showed him around and I gave him a shirt. It had his name on the back.

“But in the end it was a question of the transfer fee between the two clubs.”