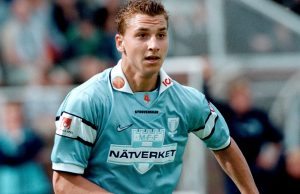 The story of the former Sweden captain not doing a trial at Arsenal because ‘he doesn’t do auditions’ is not 100% correct.

The Gunners wanted to sign the target man when he was young but Malmo’s director of football Hasse Borg advised Ibrahimovic to reject it and told Wenger that he either wanted to buy the Swede or he didn’t.