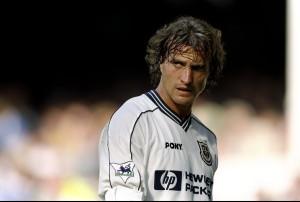 Another fancy footballer who makes the list who failed to win the Premier League.

David Ginola was stunning to watch on his day back in the 90s, but despite his individual skills, he never managed to win the league with either of his four clubs.

The winger played for Tottenham Hotspur, Newcastle United, Aston Villa and Everton, with his most successful stint coming in North London.