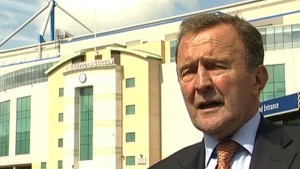 Another historic player for Chelsea comes in at fourth.

John Hollins played for Chelsea in the 60s and 70s, making just shy of 600 appearances for the club in his eight year spell there.

However, he then had a second stint at the club two decades later as he returned in 1983 for another season at the club.

Overall, the full-back made 592 appearances over his two spells.