Television channels still don’t dare replay the horror challenge that seriously broke Arsenal striker Eduardo’s leg in 2008. With less than three minutes gone at St Andrew’s, Taylor flew in for a challenge on the Croatian striker, but as Eduardo nimbly nipped the ball away from his foot, Taylor’s studs smashed into his leg, above his ankle and left the bottom of his limb hanging off. Taylor was shown a straight red by Mike Dean but only received a three-match ban despite calls from FIFA president Sepp Blatter for that number to be increased. Arsene Wenger initially said that Taylor should ‘never play football again’. The former Blackburn player claimed to have visited Eduardo in hospital and that an apology was accepted. Eduardo, however, could not remember the visit or even the tackle that nobody else could forget. He was never quite the same and left Arsenal for Shakhtar Donetsk two years later. 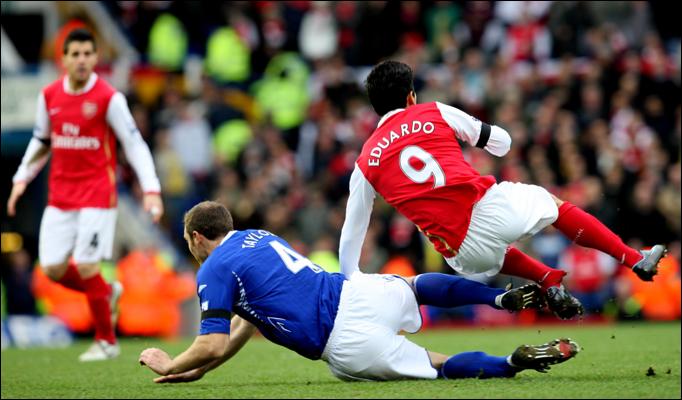