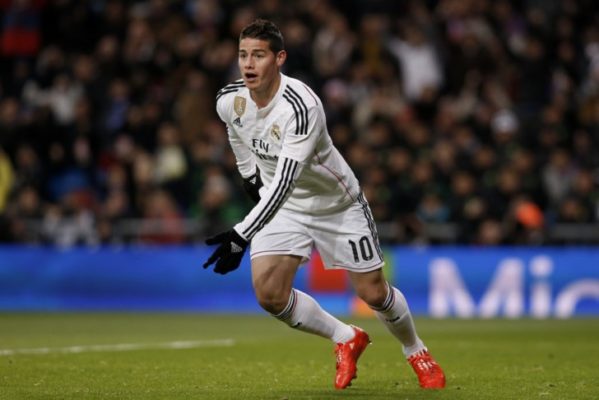 There are just three days remaining of the summer transfer window

It is well known that managers don’t like the fact that the transfer window remains open into the start of the new season, however, it’s still an opportunity for bosses to make last-minute additions.

And with that said, there are a number of players who are still available, who could make a bid impact in the Premier League this season. But it remains to be seen how many deals can be done before the window slams shut.

Here at the top ten players who could make a massive impact in the Premier League, and are still within a realistic chance of leaving their current clubs, this summer.

The Algerian’s name has been mentioned on numerous occasions, throughout recent transfer windows, but it looks like Tony Pulis could step up his pursuit of the 28-year-old striker, as he looks to bolster his forward options with Sadio Berahino’s long-term future in doubt.

However, the Baggies won’t get him without a fight and it’s clear that Slimani can be a real threat to opposition defences, with current Premier League champions Leicester City and English giants Arsenal also interested in the Algerian, while Everton could also make a move.

But if any of these English clubs are going to do a deal before the transfer window shuts, it will most certainly be last minute. Sporting Lisbon are refusing to let go of their striker prior to their big match against rivals Porto, on Sunday evening. It could be a hectic final few hours, on Wednesday.

Almost the man that Southampton forgot. It has been a tough couple of seasons for the one-time England international, having been out for 15 months with cruciate ligament damage and subsequent foot injury that kept him out for around a further five months.

However, that hasn’t stopped a number of Premier League clubs taking an interest in making a loan move for the 27-year-old, as the Saints look set to demand a £2 million loan fee, with highly-rated Sofiane Boufal and Sebastien Haller both set to arrive, and further decreasing the former Burnley man’s chances.

Again, West Brom are interested in Rodriguez, however, it seems like Slimani is their priority, while newly-promoted Hull City and Sunderland are also in the mix.

No manager wants to keep a player that no longer wants to be a club – unless you’re Lionel Messi or Cristiano Ronaldo, perhaps – and Ronald Koeman is now prepared to let the Republic of Ireland midfielder leave, although that could be dependant on a late replacement.

Leicester, Crystal Palace and Sunderland are forming a, perhaps less orderly, queue for the former Hamilton and Wigan man, while a return to the Scottish Premier League could be on the cards, with Celtic also interested.

However, it seems Newcastle United are leading the race for the £20 million Everton man, as Rafael Benitez looks to bring the Scotland-born midfielder to St James’ Park in order to strengthen their squad, as they aim for an immediate return to the Premier League.

Much to the dismay of Liverpool fans, Jurgen Klopp is ready to let the France international leave on loan, following the arrivals of Joel Matip and Ragnar Klavan. It seems as though the 26-year-old does have a future at Anfield, although, for now, the Reds boss believes it will be beneficial for him to go out and game some game time.

With that said, Mark Hughes is leading the race for the centre-back, with Stoke City, while Crystal Palace are ready to make their second signing from Liverpool this summer, with Christian Benteke having already left on a permanent basis.

Sevilla will be holding tight, however, the former France Under-21 will be allowed to leave the La Liga outfit this summer, if a club can meet his £25 million release clause.

Juventus are understood to have turned their attentions away from N’Zonzi’s compatriot, Blaise Matuidi, in favour of the former Stoke man. And the Turin club reportedly made contact with the club, regards to a move, on Friday.

However, Claudio Ranieri has also got his eyes on the 27-year-old, and it could become a final-day battle between the Serie A giants and Premier League champions for the N’Zonzi.

Everton certainly don’t seem to be done in the transfer yet, as they look to strengthen their forward line further, after Romelu Lukaku backtracked on his calls to quit the Toffees this summer.

Having missed out on Lucas Perez to Arsenal, Koeman has turned his attentions to the highly-rated 24-year-old, who is also a target for Fiorentina.

Gabbiadini spent much of last season in the shadow of Gonzalo Higuain, who has since joined Juventus, but it remains to be seen if he will quit the club in favour of a move to England, or whether he believes he can fill the void left by the Argentine.

Probably one of the summer’s longest running transfer sagas. The France international has made it clear that he wants to leave Newcastle this summer, however, they have remained tough on their stance that they will not sell until a club meets their £30 million valuation.

The midfielder certainly isn’t short of options, with European heavyweights Juventus and fellow Serie A side Inter Milan interested in the 27-year-old, however, he is understood to prefer a return to the Premier League.

And with that said, West Brom have already held talks with the player’s representatives this week, with potentially a shock move for Berahino to St James’ Park, as part of the deal.

But, again, it won’t be a simple transfer, and a late battle could commence, with Tottenham, Everton and Crystal Palace also linked with the Frenchman.

All in all, it’s be a disappointing year and a half for the Ivory Coast international at Manchester City. And it certainly doesn’t seem like he will see out his four-and-a-half year deal at the Etihad. But, with that being said, there is hope on the horizon for the 27-year-old.

It may only be a loan, however, the former Swansea City man looks like he could be joining West Ham on loan, despite the Hammers signing striker Simone Zaza on loan from Juve, earlier this week.

With Enner Valencia set to depart imminently, that will make way for the Ivorian to kick-start his career again, after a tough spell in the north west of England.

Another man whose City career looks set to come to an end is Hart’s. Pep Guardiola has brought in ball-playing goalkeeper Claudio Bravo from Barcelona, and now the England international is desperately searching for a new club, to avoid being sat on the bench, until at least January, when the transfer window reopens.

Luckily for the 29-year-old, City are ready to subsidise some of his wages, in order to broaden the goalkeeper’s chances of a last-minute move, and Sevilla and Torino are both ready to give the Englishman regular football.

Sunderland’s move now looks unlikely, considering they have just one domestic loan signing remaining available to them, and are prioritising other deals before signing a goalkeeper.

Either way, Hart looks almost certain to have left the Etihad by Wednesday evening.

Remember that South American who lit up the 2014 World Cup in Brazil? Yes, well, he’s now free to leave Real Madrid after boss Zinedine Zidane kindly put it, that he felt it would be best for the James’ career, to move on from the Santiago Bernabeu.

In our terms, that means the Frenchman doesn’t want him. Not to worry, as Chelsea have already held talks with the 25-year-old’s representatives, and a last-minute deal could still possibly happen, even at this stage, for a big-name signing like James.

But Antonio Conte is also in the market for a left-back and centre-back, which the Italian will be prioritising. So, although not a necessity at this stage, the Blues will not want to miss out on the perfect opportunity to sign the £50 million-rated attacking midfielder.