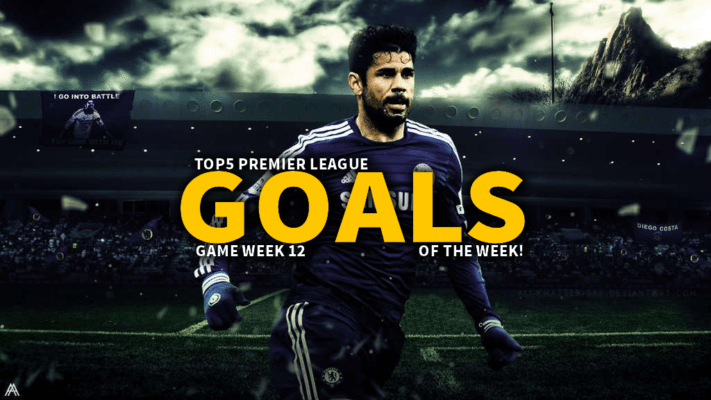 Which makes this task a challenging one, who scored the top 5 goals this game week 12?, I’ve chosen my personal favourite goals from this weekends Premier League video highlights, now keep in mind I don’t favour any clubs or superstar players, Just because they are a big name doesn’t always mean they score sensational goals each week, Harry Kane scored and important equaliser against Arsenal ending the game 1-1, but was it a goal of the week, no, it was important yes, but it was only a penalty, hardly a goal we will remember.

Breaking all the goals from across the Premier League game week 12, these are my top 5 picks for Goals of the week.

Here are the Best Premier League Goals Of The Week – Game Week 12!.

Just when we all thought it was over, Olivier Giroud nets an equaliser, while it’s not the most spectacular goal, it was a shock last min goal that got everyone buzzing.