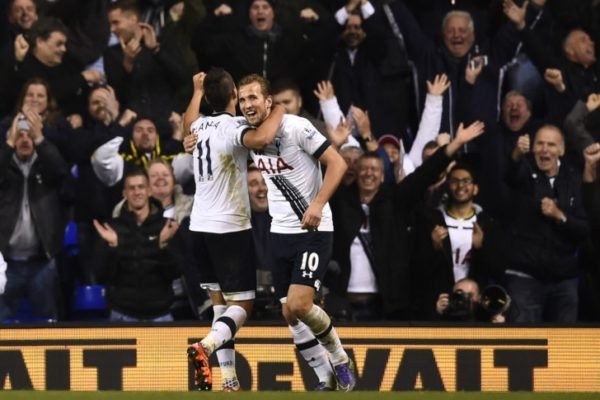 Villa were on show in front of their new manager, Remi Garde, who was confirmed as Tim Sherwood‘s replacement just hours before the match in North London.

Garde was in the stands to watch his new side, and despite the result, there were periods of the game which would have encouraged him.

However, there was also several parts which will concern him deeply, with three goals going in against his new side.

The game started badly for Villa as they were 1-0 down after just two minutes when Mousa Dembele slotted home under Brad Guzan.

It looked like Villa were going to stay in the game at half-time, but Dele Alli thumped home to make it 2-0 right on the stroke of the interval.

Despite conceding late on in the first-half, Villa fought back and 11-minutes from time, Jordan Ayew gave the visitors hope.

However, they were soon ended when Kane scored again for Spurs in stoppage time with a stunning finish.

The three points puts Mauricio Pochettino‘s men fifth in the table on 20-points, while Villa remain at the foot of the table on a measly four points.

Up next for both teams is Manchester City at home for Villa, and Arsenal away for Spurs.