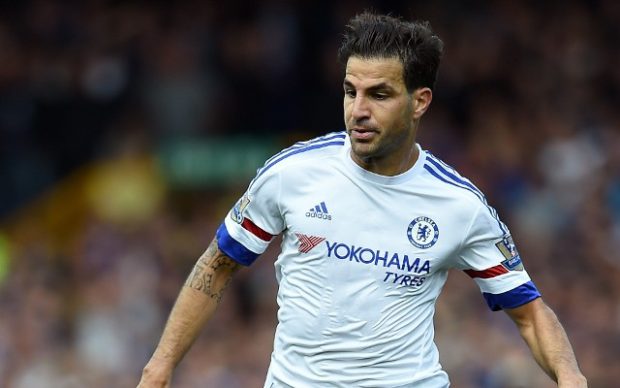 Chelsea midfielder Cesc Fabregas has revealed he turned down £200,000-a-week from a club in China, to stay at Stamford Bridge.

The former Barcelona and Arsenal midfielder has admitted that he is keen to stay in west London, with Antonio Conte set to take over at Chelsea in the summer.

But the 29-year-old could have received £200,000-a-week, after tax, to move to the Far East, with former Blues teammate Ramires having joined the Chinese Super League, with Jiangsu Suning in January.

The Spain international was branded a ‘rat’ by some Chelsea fans, alongside Diego Costa and Eden Hazard, after former boss Jose Mourinho was early in December. However, despite a tense relationship with the fans at times, this season, he has committed his future to Chelsea.

Oscar was targeted by Jiangsu Suning in January, but saw a £57.7 million bid rejected, with Fabregas the club’s next target.

China is set for another transfer window in the summer, and are keen to bring more big names to their league, by offering large sums of money to some of Europe’s biggest names. Fabregas’ teammate, Diego Costa, has also been linked with a big-money move to China this summer.

Manchester City’s Yaya Toure is also a target in the Asian market, with the Ivorian set to leave the Etihad at the end of the campaign, while Swansea City’s Bafetimbi Gomis also in line for a move to the Far East, in the coming months.