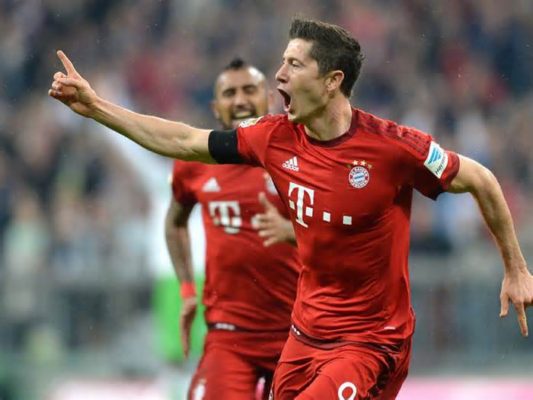 However, there could be a stumbling block for Los Blancos, with Bayern Munich not prepared to sell the 27-year-old, as the cost of replacing the prolific goalscorer with another world class talent will be too much for the Bavarians.

It is understood that Lewandowski and his agent Cezary Kucharski travelled to Madrid together for Bayern’s Champions League semi-final against Atletico Madrid earlier in the year, to go off and discuss a potential switch to Real.

The Poland international’s wage demands have stopped Bayern offering their striker a new deal, however, they are under no pressure to sell, with the €100 million-rated striker still under contract until 2019.

Lewandowski has scored 48 times for club and country this season, and it is clear why the German champions are reluctant to sell. But the cost of financing a move for another of Europe’s top strikers is something the club want to avoid, by keeping ahold of their striker.

Local rivals Borussia Dortmund’s Pierre-Emerick Aubameyang, Gonzalo Higuain, Manchester United target Zlatan Ibrahimovic, Diego Costa and Romelu Lukaku have all been sounded out as potential replacements. However, all, apart from Ibrahimovic who is a free agent, will demand huge fees.

Reports earlier in the year had suggested that Lewandowksi was ready to turn down the likes of Manchester City, Chelsea and Manchester City for a move to Real Madrid. And barring a stubborn resistance by Bayern, that looks likely to be the case.