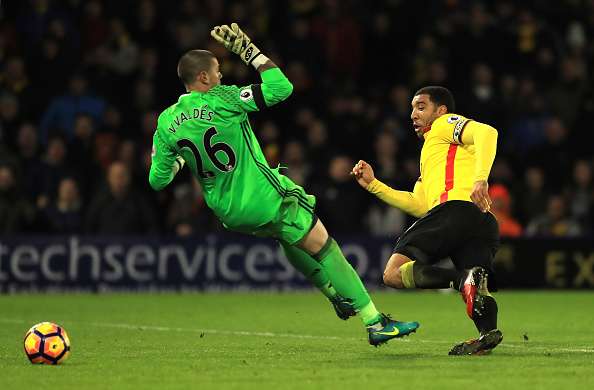 Deeney’s path to the first team was blocked as the 30 year old had been used as a substitute on a number of occasions including the final two games in the 2016-17 season. Mazzari couldn’t retain his position as  Watford somehow survived the relegation scare and the manager was relieved of his duty.

Deeney has been with the club since 2010 and is a very popular figure among the Hornets supporters. Denney wasn’t at his best under the Italian manager as his productivity seemed to have lessened as he managed just 10 goals that season.

But Watford’s prodigal son has started this season in an emphatic fashion as he already has bagged a couple of goals. Deeney said, “I didn’t get on with him from the start.

“I tried to be respectful as I always am but then there were times when I was scoring, the team was winning and the next game I was on the bench.

“I asked if I’d done something wrong and it was ‘no, you’ve been great’. I asked for an answer and it never happened.

“He tried to sell me in the January which I didn’t like so I asked if I was available to be sold and was told ‘no we need you, you’re the captain, you’re everything’ – and the next thing you know he is still trying to sell me behind my back.

“As captain it became really difficult to relay the message you know you should to players who are not in the team, keeping them focused when I probably wasn’t fully focused.”