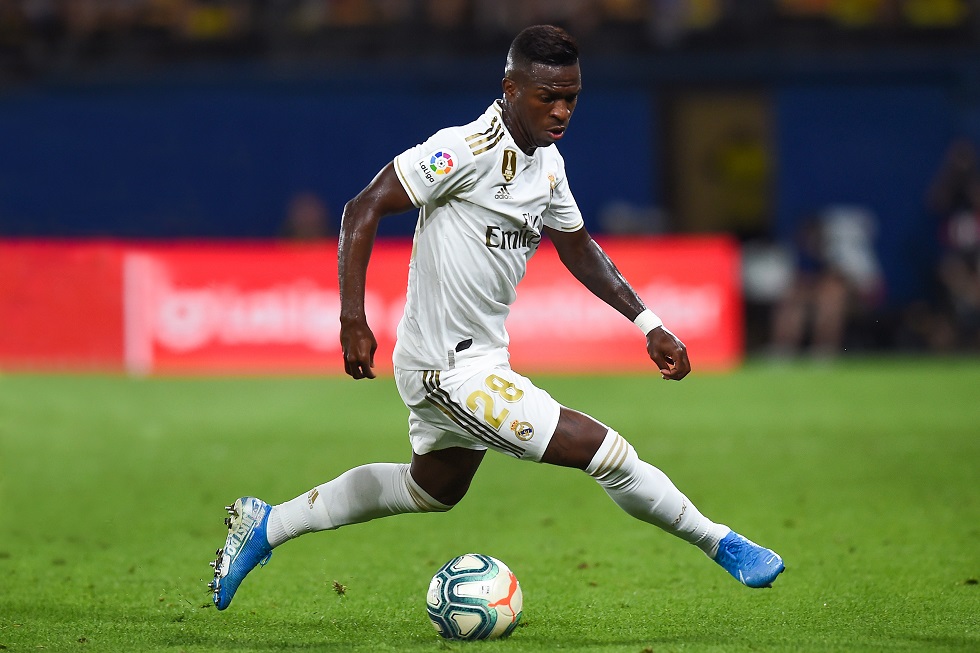 Vinicius Junior wants to stay and fight for his Real Madrid future amidst speculation over a Paris Saint-Germain move.

The 19-year-old featured for Real in Thursday’s shock 3-4 defeat to Real Sociedad. He told reporters after the game, “There’s no choice, I want to stay at Madrid.”

Sociedad went 4-1 up in the second half after scoring their first goal through Madrid loanee, Martin Odegaard. Goals from Rodrygo and Nacho gave the Galacticos some hope late into the game but it wasn’t enough to save face.

“I would like to ask to the fans to keep this way up, we are going to fight until the end of the season in order to win La Liga and Champions League too,” Vinicius said.

Vinicius added: “We were not in good shape, and Sociedad plays football really well, they’re well-placed in LaLiga. It was a difficult match. The only Copa one played at home, and we lost. It is hard to lose at home. We were unbeaten at home and we got beaten on the single match we can’t afford to lose. But on the other hand, we keep fighting until the end, fighting to keep in good shape looking forward the end of this season.”