Another explosive game in the opening weekend of the season

It was another entertaining clash in the Premier League new season today as Watford stole a late draw at home to Liverpool.

In just the second game of the season we got 6 goals in an exciting game that followed the season opener last night, which was a 4-3 home win for Arsenal over Leicester.

So the first Saturday lunchtime kick-off at the season saw Liverpool travel to Watford in a fixture that was only won by an outstanding Emre Can overhead kick last season. The win was pivotal in Liverpool’s hunt for top 4 as they went on a winning streak towards the end of the season to secure Champions League football.

Their opening fixture has been somewhat overshadowed by the events surround star man Philippe Coutinho this week. Unavailable for the game with a back injury, it was confirmed yesterday that he has handed in a transfer request at Anfield to try and force a move to Barcelona. This was to the dismay of many fans due to the ill-timing. It is highly unlikely that we’ve heard the last of that transfer saga before the window closes.

And perhaps the off-pitch controversies made life difficult for Liverpool on it. In terms of getting the good start to the season they were looking for, they seem to be on course to take the win with goals from Sadio Mane, Roberto Firmino and Mo Salah. But a stoppage-time equaliser from Miguel Britos ensured that didn’t happen

Liverpool did struggle to get their dangerous front three into the game, particularly in the first half. Watford went ahead after 8 minutes after poor Liverpool defending at a corner (again) allowed Stefano Okaka to head the Hornets into the lead. That was cancelled out by Sadio Mané just before the half-hour mark but Liverpool weren’t level for long. By 32 minutes, Abdoulaye Doucoure put Watford back ahead and the hosts carried that into half-time.

Going into the second half, a penalty from Firmino and a tap-in for Salah seemed to be handing Liverpool the points. But it was a corner yet again that was Liverpool’s downfall as Britos was allowed to head home from close-range.

It was an overall poor performance from Liverpool, are here are 5 things we learned from their opening weekend 3-3 draw with Watford.

1) Defensive frailties as far as the eye can see 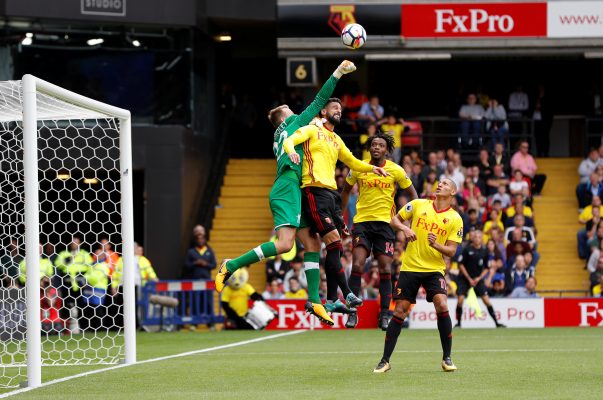 It was same old, same old for Liverpool going into the new season. Going forward, they looked dangerous when they get going. But at the back, oh dear. All 3 goals conceded for Jurgen Klopp’s side were defensive calamities, and to be quite honest, Watford weren’t much better. Liverpool’s Achilles heel last season was their defence of set-pieces, and yet it appears that nothing has changed. 2 goals today for Watford came from corners as the common problem for the visitors continues. The sooner Liverpool can make a move for Virgil van Dijk, the better.

2) New lease of life at Watford 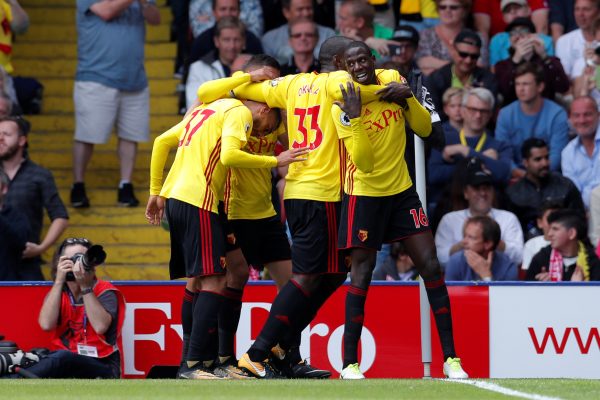 Watford were really on the low last season as they lost their final 6 games under Walter Mazziari. However, in Marco Silva’s first competitive game, we saw a breath of fresh in the team. The play was so much more positive and there was a lot more enthusiasm in the crowd. They got the point they deserved after digging out a late winner. Things appear to be looking up for Watford ahead of the long-season in front of them.