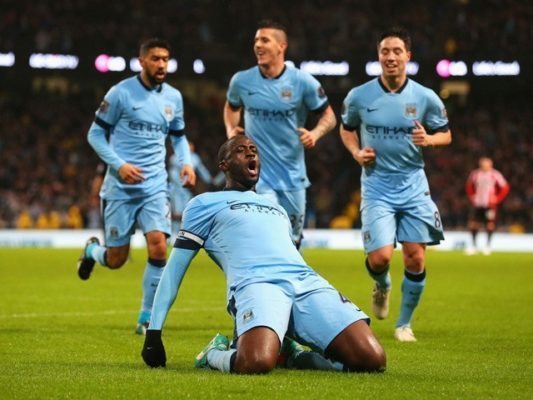 Manchester City midfielder, Yaya Toure, could depart the club at the end of this current season, with reports suggesting that the Ivorian could potentially earn a £30m-a-year contract to see out his career in China.

The 32-year-old has been linked with a possible transfer away from the Etihad Stadium for a while, having had a public falling out with the Citizens owners, around 18-months ago.

With Pep Guardiola to replace Manuel Pellegrini at the helm in the summer, there is growing feeling that Toure, and the side he has served for nearly six-years, could part ways, following on from the appointment of the Spaniard, who was announced as the new in-coming manager on Monday.

The civil unrest between the pair goes back to when Toure played under Guardiola at Barcelona – there remains bad blood to how the midfielder departed the Nou Camp in 2010 – with Toure claiming he was forced out of the door by the former Spain international, who takes up his position at City on June 30th.

Toure, who has a year to run on his current deal, would still command a large transfer fee, even in the autumn of his playing career. Shanghai SPG, who are managed by Sven Goran-Eriksson, could be a possible destination for the robust towering midfielder.

However, Roberto Mancini, who is now in charge of Inter Milan, having signed, then subsequently coached Toure for three-years in Manchester City – could offer him an escape route to remain at the top-level of European Football.

It is likely that, at his age, Toure may need convincing that China remains his best option to ply his trade, but with Chinese Super League clubs throwing money at players recently, a lucrative payday could well be on his mind, as he weighs up his options in time for Guardiola’s arrival.

Most recently, Guangzhou Evergrande have spent £31m on Jackson Martinez from Atletico Madrid, as well as Ramires moving to Jiangsu from Chelsea for a fee of £21m – these are the latest in an ever-increasing list of deals to go through at the top-level of Chinese football.

And more could follow in the near future, Chelsea captain, John Terry, who is to leave Stamford Bridge at the end of the season, could be offered a deal in China as well.