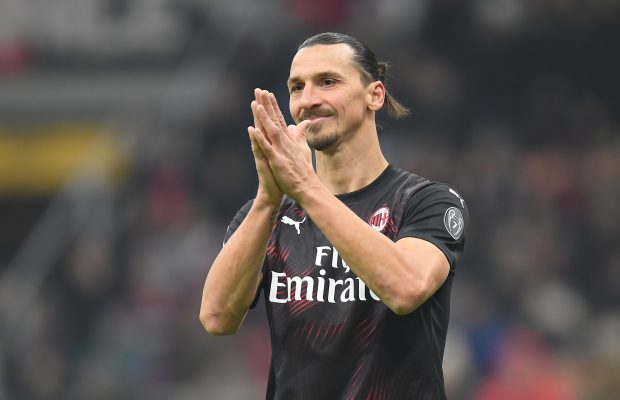 Last night, he returned to the San Siro for the first time since then.

Zlatan Ibrahimovic‘s comeback appearance added much-needed urgency but little else for AC Milan as they were held by Sampdoria to 0-0 in Serie A on Monday. The 38-year-old, who helped the Rossoneri to its last Serie A title in 2011, has rejoined the club until the end of the season with an option for another year.

Ibrahimovic made his second AC Milan debut, coming on for Krzysztof Piatek 10 minutes into the second half as the Rossoneri’s winless streak extended to three matches. The introduction of the Swede appeared to give the squad impetus, and he himself had a couple of chances early on but neither of his headers troubled Sampdoria goalkeeper Emil Audero.

He also set up a great chance for Suso in the 77th but the Spaniard fired wide of the left post. Eventually, they could not find a way past their opponents, who are hovering just above the relegation zone, and the match ended amid the familiar sound of jeers from their supporters. Here is what Ibra had to say about his debut:

“I could feel a lot of adrenaline, emotion, and feelings I had been carrying around with me for nine or 10 years,” Ibrahimovic told Sky Italia. “The rapport with the fans remains wonderful and gives me so much motivation. I wanted to get on to the pitch, score a goal and then celebrate like a God in front of the Curva Sud!”

But despite everything , the Swedish veteran was optimistic: “You can see that the team is lacking confidence and aggression in scoring goals, so we aren’t as effective. We need to understand what to do in order to get the best out of this squad. I have been here for four days and I will try everything possible to get Milan going again. There is a lack of faith here.”

Take a look at Ibrahimovic’s debut: