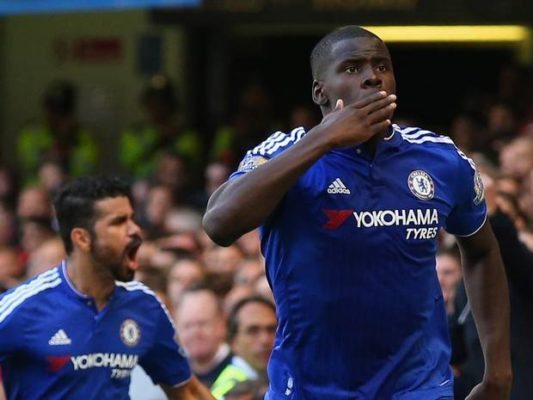 Chelsea youngster Kurt Zouma has back-tracked on what was said when the defender was asked about his opinion on Diego Costa.

After the Chelsea striker’s controversial 90-minutes against Arsenal on Saturday, Zouma labelled Costa a ‘cheat’, after the Spaniard had been in an incident with Gabriel Paulista and Laurent Koscielny.

During the interview, the French centre-back said: “Everyone knows Diego and this guy likes to cheat a lot and put the opponent out of his game.”

“That happened in the game but he’s a really nice guy. We’re proud to have him, like the other players, and we’re happy to win this game today.”

However, it appears as if Zouma has dismissed what he previously has mentioned, revealing that he did not mean to call Costa a ‘cheat’

Taking to Twitter, the player said: “Sorry for any confusion, English is not my first language & I did not mean to accuse anyone of cheating. Simply to say ….”

“Diego is a player who puts pressure on his opponents & who I have huge respect for.”