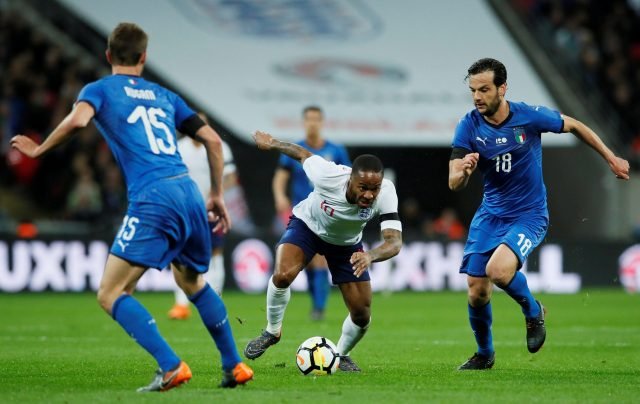 This years UEFA European Championship will be held several countries and cities all around Europe. The tournament will start from the 11th June and will end on 11th July. Qualified teams have confirmed their squads which have joined them in the training camp.

There are a tota of 118 players from Premier League clubs who are playing at the UEFA Euro 2020. Have a look at Euro 2020 teams! Watch live free here =>

With the festive season now coming to an end Premier League teams will face another challenge of loosing their players to the UEFA Euro 2020.

Players are allowed to rejoin their football clubs once their national teams have been relegated from the tournament. Here are all’s the best European Premier League Players in Euro 2021.

Top European players from Premier League in the Euros 2020

The UEFA European Championship is the main international association football competition in Europe. It is held by the Union of European Football Associations (UEFA), and was first held in 1960. Since 1968, it has been held every four years. The title holder automatically qualifies for the FIFA Confederations Cup.

Top Club Representation In The Euros 2021

Chelsea were leading the race with 15 candidates in the beginning of the Euros but have now been reduced to 14.

Mason Mount, Reece James and Ben Chilwell for England and Emerson Palmieri and Jorginho for Italy could be named European Champions. Both sides play in the final and it would be stellar to win the Champions League trophy and Euros in one season. Chelsea’s two academy graduates participating is a huge boost in rectifying their reputation as a seller club.

Kai Havertz and Timo Werner, just like in Chelsea combined in attack to help Germany reach the round of 16. Unfortunately, they lost to England 2-0.

Harry Maguire has been nothing short of brilliant for England. After missing the Europa League final against Villareal, the defender recovered from an ankle injury to become a rock in England’s defence.

Marcus Rashford has not been given a chance yet in the Euros but he could make a substitute appearance if all goes to plan.

There will be four Arsenal players in this year’s Europen Championships. Bukayo Saka has been the shining light for England after the season he just underwent at club level.

Saka enjoyed a breakout campaign with Arsenal in 2020/21 because of which he earned a spot in Gareth Southgate’s team for the Euros.

Aston Villa have 3 Representatives at Euro 2020

Crystal Palace have 2 Representatives at Euro 2020

Everton have 2 Representatives at Euro 2020

Leicester City have 7 Representatives at Euro 2020

Liverpool have 6 Representatives at Euro 2020

This year, there will be six players in the UEFA European Championship who play for  Liverpool. Jordan Henderson, previously England’s captain has lost his starting berth to Kalvin Phillips and Declan Rice. He still makes a huge contribution, coming off the bench to see out England’s games.

Xherdan Shaqiri was impressive for Switzerland, orchestrating all of their attacks. Sadly, this year the spotlight was on Trent Alexander-Arnold who was dropped from the Gareth Southgate’s squad after a mediocre season at club level.

Manchester City have 14 Representatives at Euro 2020

Manchester City are leading the charts with 15 of their players sent to the Euros. That means, star names will need extended periods of rest ahead of the 2021/22 season. Three Portugal regulars – Ruben Dias, Bernardo Silva and Joao Cancelo did not enjoy the best Euros but Raheem Sterling is in line to win UEFA Player of the Tournament.

Southampton have 3 Representatives at Euro 2020

Newcastle United have 4 Representatives at Euro 2020

Tottenham Hotspur have 7 – representatives at Euro 2020

Tottenham Hotspur has the highest representation for Wales. If Gareth Bale was considered they would have sent three players for the Wales national team.

Harry Kane obviously has been the star of the show, leading England from the front. He has 4 goals to his name so far and has played every single game for The Three Lions. Many questioned his fitness but he is proving doubters wrong.

Wolverhampton Wanderers have 7 representatives at Euro 2020