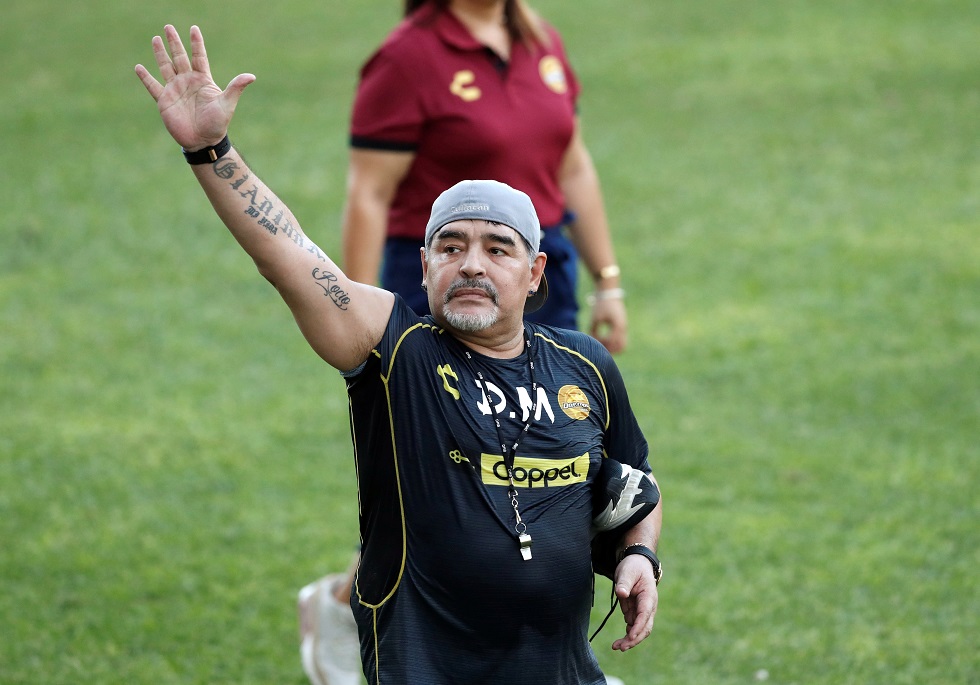 Diego Maradona net worth 2020? Diego Armando Maradona net worth? Regarded as a footballing great, Maradona continues to be a popular figure amongst the fans. The Argentine was named one of the joint winners of the FIFA Footballers of the 20th century. He led his country to the 1986 FIFA World Cup trophy after beating West Germany in the finals, also collecting 34 international goals in 91 caps. Maradona dismantled teams through the 70s and 80s with his close control, dribbling skills and unmatched energy on the pitch. Some of his highlight reels are of him, beating 5-6 defenders to score some spectacular goals.

Maradona is held in high esteem by fans even today. Many argue that he is the game’s very best even after the outstanding accolades achieved by his compatriot, Lionel Mess in the modern-day. Maradona, unfortunately, has not found the same level of success in football management, dropping in and out of several clubs without finding success. He coached the Argentine team during the 2010 FIFA World Cup and exited the tournament after a 4-0 defeat to Germany in the quarterfinals. He is currently the manager of Argentine Primera Division club, Gimnasia de La Plata.

Maradona continues to grab headlines every now and then but not exactly for the right reasons. Many do question if Maradona was born in the wrong era just based on his entertainment spirit. How wealthy could he have been if he started his career a decade later than he did? Let us take a look at his net worth today! 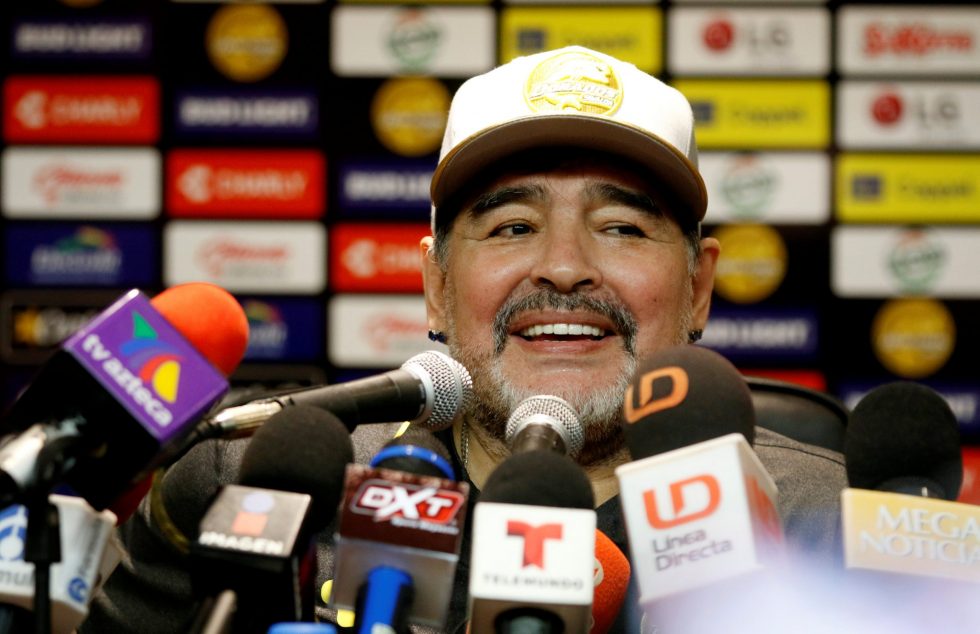 How much does Diego Maradona weight?

Maradona takes home quite high wages in his profession as a football coach now. It is unclear how much he gets paid on his short-term deal with Gimnasia de La Plata but he got paid $150,000 (£118,000) per week in his previous job with Dorados. That rounds off to $1.6 (£1.25) million a year.

Here is the breakdown of his earning now, courtesy of Goal.com.

Maradona has been a long-time ambassador of sports brand, PUMA. His association with the company became a success across three World Cup appearances in 1986, 1990 and 1994. He did enter negotiations with Japanese brand, Mizuno in the mid-90s but he switched back to Puma.

Diego Maradona is by no means poor but he is not exactly worth millions, as one would expect him to be, either. The Argentine enjoyed a successful career which spanned over two decades. He broke the world transfer record twice – first when he moved to Barcelona in 1982 for £5 million and then, when he switched to Napoli in 1984 for £6.9 million. He won many trophies with Argentinos Juniors, Boca Juniors, Barcelona, Napoli, Sevilla and Newell’s Old Boys during his career.

However, Maradona has been stuck on a dispute with the Italian government over unpaid taxes. He led Napoli to two Serie A title and a UEFA Cup in the late ’80s. He did tell Corriere della Serra that all of his dues have been paid in 2016 but Napoli president, Aurelio de Laurentiis might have rubbished those claims a year late. The Blues chief said Maradona will be made the club ambassador as soon as he settled all arrear payments. Considering an outstanding bill of £33 million, Diego Maradona’s net worth is estimated to be only around £87,000 or €100,000.

A British-film documentary aired in public in July 2019 which was directed by Asif Kapadia. It was a look into Diego Maradona’s career who is celebrated as a football icon across the globe.

His retirement in football came as a shock to Argentine people. His former teammate Jorge Valdano said, “At the time that Maradona retired from active football, left traumatized Argentina. Maradona was more than just a great footballer. It was a special compensation factor for a country that in a few years lived several military dictatorships and social frustrations of all kinds.” Valdano continued, “Maradona offered to the Argentines a way out of their collective frustration, and that’s why people love him. There is a divine figure.”

Despite being born in the ’60s, Maradona has crossed over 13 million in social media followings. That just shows how big his reputation is across the globe. His Facebook page alone has over 8 million followers and 5.5 million on Instagram (at the time of writing).

Mike Tyson Net Worth 2020: What is Mike Tyson’s net worth?