EPL team of the week 11: attackers 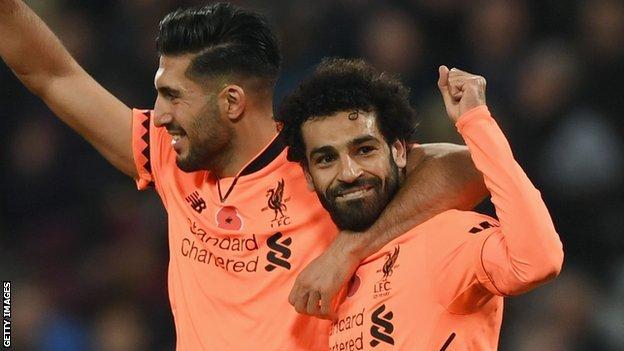 Mohamed Salah has scored or assisted nine goals in his first 11 Premier League games for Liverpool. Only Daniel Sturridge has been directly involved in more after 11 games

Riyad Mahrez has been involved in a goal in four successive Premier League matches (two goals, two assists) – the first time he’s managed this in the competition.