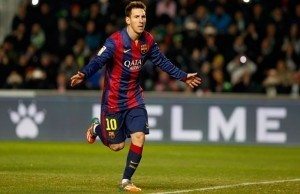 Lionel Messi is top of our greatest footballers who never played in the Premier League list. Widely regarded as the greatest football of all time. Lionel Messi has never played for any team in the Premier League or any other team apart from Barcelona, The Argentine joined the ”La Massia” at the age of 14 and has since grown into the first team and has become their best ever player. This player has shuttered all Barcelona records at incredible pace.

The 28-year-old was strongly linked with Chelsea and PSG last season but only penned down a new deal at Barcelona keeping the maestro at the club. Sorry Chelsea fans, I guess the only time you will see Lionel Messi at Stamford Bridge will be in a Champions League tie.