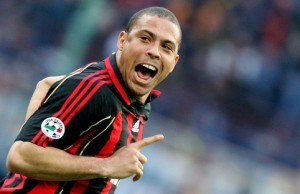 Ronaldo makes it to sixth on the list. Considered by many as the best striker to ever grace the footballing world. Many say this guy is the ”Real Ronaldo” but all I can say is only Lionel Messi fans call him that Lol. The Brazilian Ronaldo’s first big club was PSV Eindhoven where he played two seasons and established a name for himself before he caught the eyes of other big clubs it was not long enough till he joined Barcelona were he had an incredible record of 34 goals in 37 appearances for the Catalan club. From there he moved to rivals Real Madrid.

In 2011, the Brazilian announced his retirement confirming that he would never play in the Premier League ever.