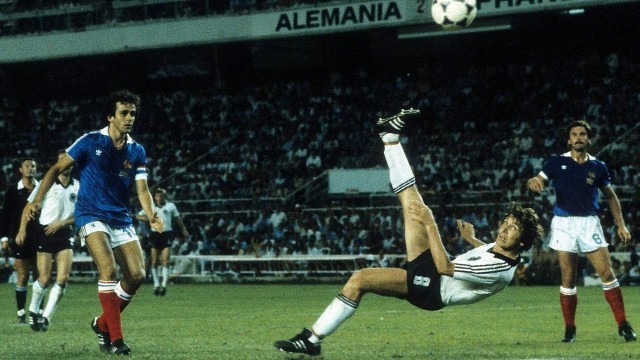 A player who was well known for his amazing goals his scored which were some bicycle kicks. Klaus Fischer scored 268 Bundesliga goals in 535 appearances making him the second highest Goalscorers in the Bundesliga. His 182 goals for FC Schalke is still the clubs record, he played for TSV 1860 München, FC Schalke 04, 1. FC Köln and VfL Bochum in the Bundesliga. He scored 32 goals in 45 appearances for the Germany national team.