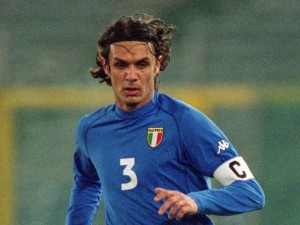 Making the top-five is arguably one of the greatest defenders to ever play the game.

Paolo Maldini was simply stunning at the back and will go down as one of the greatest players ever thanks to his superb career with Italian side AC Milan.

He only ever played for the Serie A outfit, making 647 league appearances for the club during his 24-year association with the Milan outfit.

15 major honours for AC Milan, but no such look on the international stage and sadly for him, he came so close on numerous occasions.