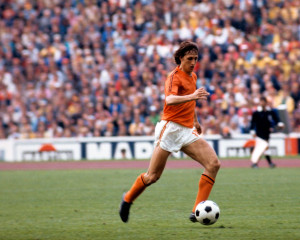 48 appearances for Netherlands and 33 goals, but ending with no major honours will hurt the legend of the game.

The closest he came was back in 1974, when Netherlands finished second in the World Cup.