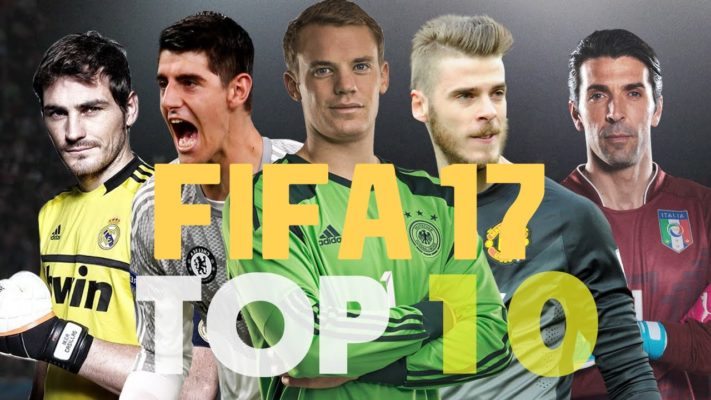 A Sports has already revealed the Top 50 rated players in the game from this we have taken the 20 Best Premier League Players in FIFA 17.

Being a goalkeeper is not an easy job, it requires intelligence and confidence to face on coming striker.

Goalkeepers don’t usually get the deserved credits for thier work but EA Sports tries as hard as possible to make sure that goalkeepers talents are recognized.

Their are a number of good goalkeepers in FIFA 17 but we have picked out the 10 best goalkeepers you can use or purchase in your ultimate team or manager mode.

The Best Goalkeeper in FIFA 17: 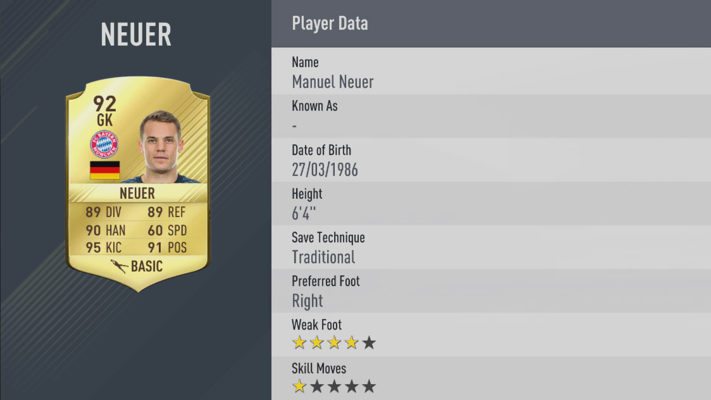 Who is the Best goalkeeper in FIFA 17? Well, it’s no other than Bayern Munchen’s very own Manuel Neuer. The German international has an overall rating of 92 making him the highest goalkeeper rating ever on FIFA.

The goalkeeper has been outstanding for both the German national team and Bayern Munchen in recent helping his teams win so much.

The top ranked goalkeeper in FIFA 17. Manuel Neuer’s 95 for Kicking and 91 for Positioning are the highest for each respective stat in FIFA 17

Based on their performances over the last 365 days in league and cup competitions. Here is a list of the best goalkeepers in FIFA 17.