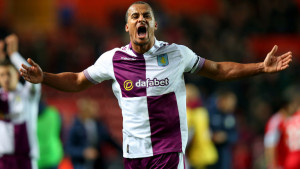 Gabriel Agbonlahor comes in at number nine at the list of the Top 10 Fastest Football Players In The Premier League this season.

Of course this guy was going to be on the list at some stage. He’s almost built his entire career on his lethal pace and deadly outbursts.

The Villa man never really lived up to his early-predicted hype, but you cannot question to man’s pace and threat on the attack.

Just a tad quicker than Diego Costa, according to this top-10 fastest footballers Premier League, but in reality, we know who would win a 100m race.