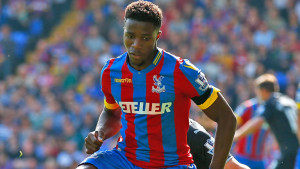 After flopping at Manchester United, Wilfried Zaha returned to his former-club Crystal Palace and has seemingly found his feet again. His pacy feet that is.

Never really given a chance under David Moyes, Zaha initially returned to Selhurst Park on a loan-deal, but since then, the move has been made permanent and he’s back in London.

Scary pace and quick feet are certainly traits of the Palace wide-man and he will be hoping that he can restart his career after the failed move to Old Trafford.