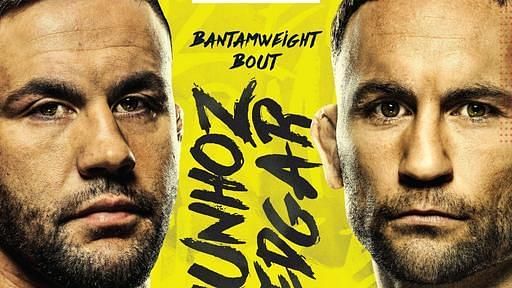 Headling the event on Saturday will be bantamweight fighters, Frankie Edgar vs Pedro Munhoz. This will be the third UFC event back in the United States after a round of four nights at Abu Dhabi. Last weekend we were privy to Stipe Miocic ending a trilogy of fights against Daniel Cormier with a heavyweight victory by unanimous decision. It was one to draw a lot of eyes and throw the prediction cards out of the window. If you want to make your pick on the next best fighter, read on below!

UFC Fight Night went through a lot of hoops to finally get here and two big names will be headlining the event – Frankie Edgar vs Pedro Munhoz.

Frankie Edgar’s best bits in the UFC was when he first started but off late, the fighter really has fallen off the mark. He conceded his lightweight title in 2012 and dropped down to 145 lbs only to face consecutive defeats against Jose Aldo. He even suffered a knockout defeat at the hands of Brian Ortega after missing a year in 2018 through injury. His last two opponents, Max Holloway and Chan Sung Jung beat him convincingly enough to drop his odds heavily against “The Young Punisher”.

Munhoz is showing much more promise due to his young age and recent fight history. At 135 lbs, Edgar can hope that his opponent won’t pack as much power as the ones at 145 lbs. Munhoz does hit extremely hard and with speed. “The Answer” will have it rough at age 38 but if he manages to win, there is a clear run at the bantamweight title.

Edgar vs Munhoz fight kicks off Sunday morning, 23 August at 01:30 CEST / 01:30 AM UK time at UFC Apex Facility, Las Vegas, USA. The MMA clash between Edgar and Munhoz is the main card of the UFC Fight Night. In addition to the bantamweight fight, two light heavyweight fights have been scheduled between Ovince Saint Preux-Alonzo Menifield and Marcin Prachnio-Mike Rodríguez. If you are a UFC fan, then you simply can’t miss this fight! Watch & Bet on Sports Here =>

Edgar vs Munhoz Betting: How to bet on UFC Fight Night?

There are several markets you can bet on UFC Fight Night from. Check bet365 TV to see if they show UFC Fight Night Edgar vs Munhoz fight via live streaming free. Unibet TV =>

As it stands, the odds are in favour of Pedro Munhoz. He is the favourite to win this UFC fight but by a narrow margin. The betting companies bet on “The Young Punisher” to win. bet365 has Frankie Edgar as the second favourite to win with the odds 3.00 and odds of Munhoz is 1.40.

The betting odds for Edgar-Munhoz are in favour of Pedro Munhoz. “The Answer” simply has not looked the same in recent years but this would have been a great matchup in his prime years. Munhoz is clearly a well-rounded fighter with a hard punch his tank. The Brazilian goes to ground with ease and pulls out the most unthinkable moves out of the blue. Edgar’s best hope is being the better athlete in this tie. 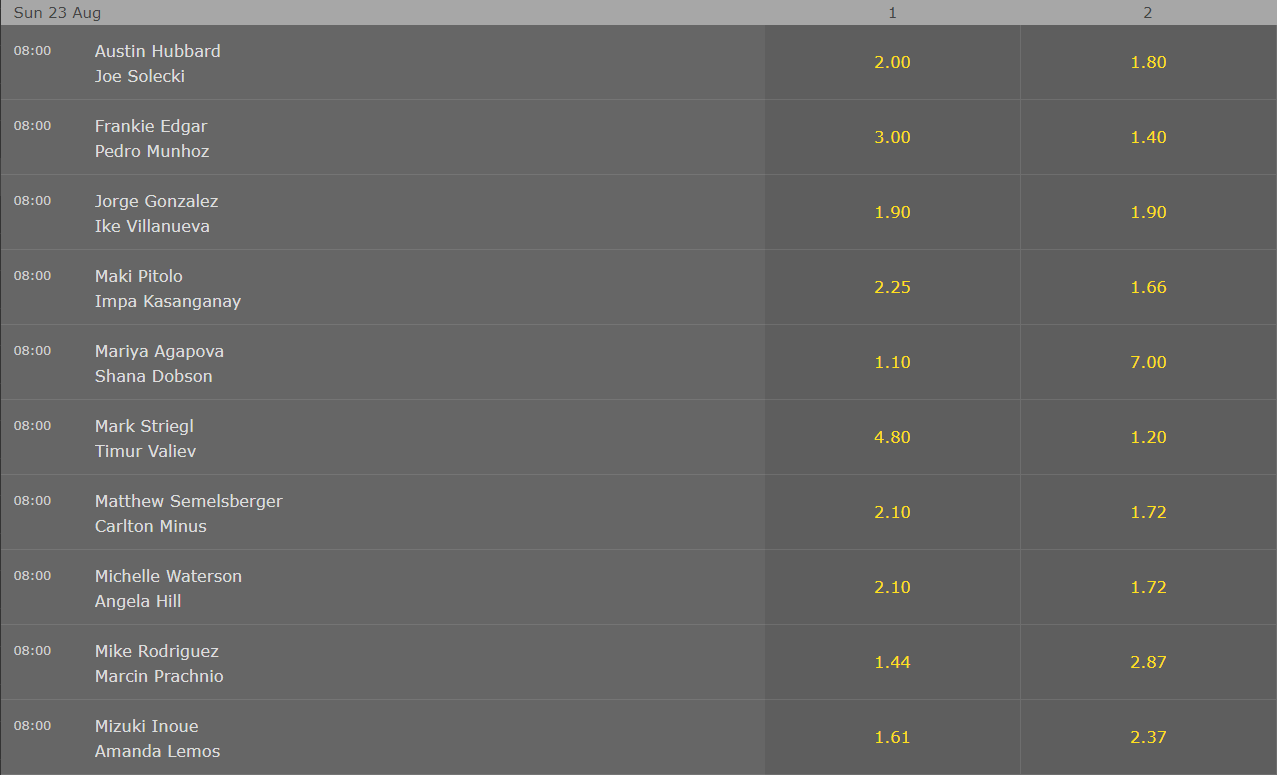 What time will Edgar vs Munhoz clash start?

What time will Edgar-Munhoz fight start? The undercard’s coverage starts around 10:30 AM in the UK. The main event, the fight between Edgar vs Munhoz, is scheduled to start at after 1:30 AM GMT UK time and 6:00 PM ET US time.

Edgar-Munhoz UK & US TV does not appear on any ordinary channel that is free and the UFC Fight Night is shown mainly on paid channels and pay-per-view.

Who shows Edgar-Munhozs MMA fight on TV in the US and UK?