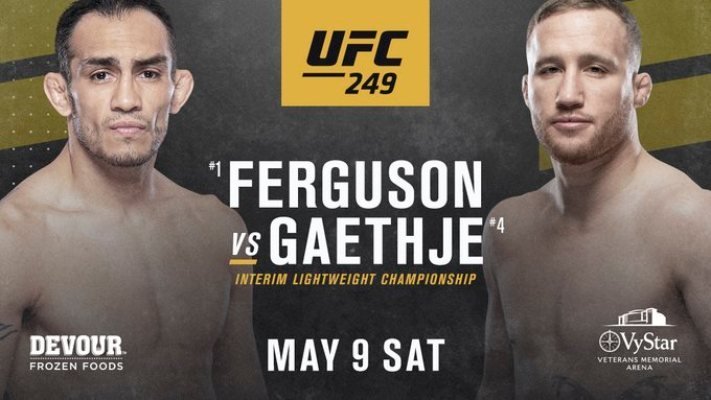 This is a clash of titans in the UFC industry. One for the history books and something is sure to go down as one of the top fights of the decade. Unfortunately, the rampant spread of the Coronavirus has seriously affected promotional campaigns. After four instances of rescheduling, Dana White revealed the fight will go on no matter what.

“I do (know where it is),” White said on Instagram Live. “But I’m not ready to tell you yet. I know lots of things. … There’s not going to be any fans there. It’s going to be a closed event.”

Initially, it was decided that the event will be hosted at Barclays Center in Brooklyn but the city mayor refused. White says he has found a location but will only reveal it later.

“Everybody who is going to be involved in this thing is going to be because they want to be, not because they have to be or they have to do anything,” White said. “Believe me: We didn’t just start thinking about safety when the coronavirus popped up. Health and safety, these are things that normal businesses that are out there right now don’t necessarily have to think about on a daily basis. Health and safety is something we’ve been doing long before the coronavirus and we’ll be doing it long after the coronavirus is gone. This is just normal (expletive) for us.”

Gaethje vs Ferguson Betting: How to bet on UFC 249?

Bet365 is an UFC-sponsor and have shown many of the top-fights free via live streaming. To see a UFC fight free, you are required to open an account at Bet365 and make a deposit. Make a minimum deposit and watch the UFC fight live streaming free in the UK. You are not required to make any bets, but you need an account with money.

There are several markets you can bet on UFC 249 from. Check  bet365 TV to see if they show UFC 249 Justin Gaethje vs Tony Ferguson fight via live streaming free. Unibet TV =>

As it stands, the odds are in favour of Gaethje. He is the favourite to win this UFC fight but by a narrow margin. The betting companies bet on the Eagle to win. Bet365 has Justin Gaethje as the second favourite to win with the odds 2.50 and odds of Ferguson is 1.57.

The betting odds for Justin-Ferguson are in favour of Gaethje. Tony Ferguson is one of the most comprehensive fighters in the UFC. He knows how to get on the opponents’ nerves with unorthodox moves and Gaethje is aware of that.

What time will Justin Gaethje vs Tony Ferguson clash start?

Which time will Justin-Ferguson fight start? The Undercard’s coverage starts around midnight in the UK. The main event, the fight between Justin Gaethje vs Tony Ferguson, is scheduled to start at after 4:15 AM GMT UK time and 12:15 AM ET US time.

This is how the Prelims card looks:

Justin-Ferguson UK & US TV does not appear on any ordinary channel that is free and the UFC 249 is shown mainly on paid channels and pay-per-view.

Who shows Justin-Fergusons MMA fight on TV in the US and UK?