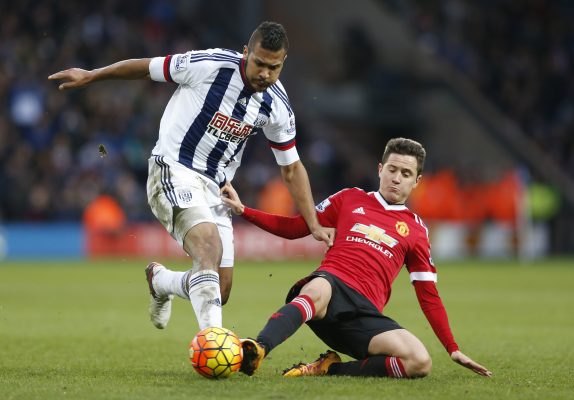 We are backing United to get the three points at Ashton Gate at 1.36 with bet365. Below you can read the reasons for our Manchester United vs Bristol City predictions.

We expect Zlatan Ibrahimovic to score first at 4.00 with bet365

The Manchester United squad are favourites to win this match at 1.36 with bet365, with home side Bristol City priced at 10.00 with bet365 to pull off what would be a major upset at Ashton Gate.

11 points behind Premier League leaders Manchester City, the cup competitions may again be United’s best source of silverware this season and they will want to defend their Carabao Cup title.

Jose Mourinho’s team have responded well from their derby defeat with back-to-back wins, with Romelu Lukaku on target in both matches following heavy criticism following his performance against City.

On Wednesday though he will most likely be rested, with this looking like a good opportunity for Zlatan Ibrahimovic to start his first game since the knee injury he suffered back in April.

We’re backing Zlatan to announce his return by scoring the first goal here, which is priced at 4.00 with bet365. He won’t settle for a place on the bench and will be looking to impress as a result.

We can see Bristol City giving United a tough match, especially given that it will most likely be a weakened team. They are currently third in the Championship and have won their last three.

However, Mourinho is a master of cup competitions and will be taking this seriously still. A 2-0 United win looks good value at 7.00 with Unibet.

Manchester United face Championship side Bristol City side at Ashton Gate on Wednesday night. The hosts have promotion aspirations this season, and will also be keen to pull off a cup upset in the Carabao Cup here against Jose Mourinho’s men.

Man Utd were 2-1 winners at West Brom on Sunday afternoon, but are 11 points behind leaders Manchester City in the Premier League. Having won the trophy last season, the Carabao Cup looks a more realistic source of silverware for the Red Devils.

The hosts are in great form and as the underdog will come into the game with nothing to lose. They have won their last four matches and are third in the Championship, and will be targeting promotion this season.

Manchester United and Bristol City have met 35 times previously, with United having won 15 to Bristol City’s 10. The majority of their clashes came in the early 1900’s, and they haven’t played since 1980 when United won 4-0.

It’s an important match, but Jose Mourinho will probably still take the chance to rotate a little going into the Christmas period. Marouane Fellaini, Eric Bailly and Michael Carrick are expected to miss out, and Paul Pogba will serve the final match of a three game suspension.