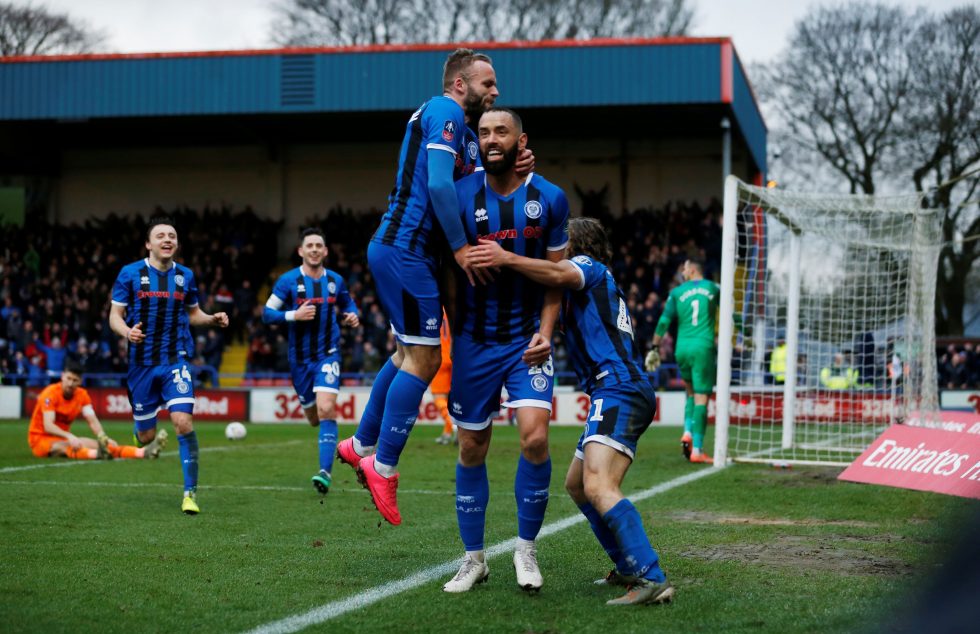 Rochdale AFC is a team that has been through some bad times for so many decades. The club named Rochdale Association Football Club currently plays in the League One – the third division of English football. The club was founded in the year 1907 and were recognised as a member of Football League in 1921.

Rochdale AFC are also known as The Dale. In 1920, they moved into their current stadium, Spotlight Stadium (also known as the Crown Oil Arena). The ground holds a capacity of over 10,000 seats.

The club’s home colours are blue for shirts and white for shorts with slight blue stripes. Dale have spent their entire existence in the bottom leagues of English football. It is hard for Dale fans to see that they have zero experience when it comes to English football’s top 2 divisions. They have only achieved promotion three times in their history. The first promotion was in the year 1969, then next promotions came after a four-decade wait i.e in 2010 and 2014.

The Dale are mildly supported across the Greater Manchester in England. Dale fans say they have enemies and consider their main rivals to be Bury but the club has unfortunately dissolved in 2020 and have been ejected from the Football League. Dale also have a fierce rivalry with Oldham Athletic with their fixture being called the “M66 Derby”.

Rochdale Player Wages? League One wages? How much do League One footballers earn? Who is earning the most at Rochdale AFC? Who are the highest-earning players at Rochdale?

The Dale do not reveal their wages information but judging by transfer market value as highlighted in table below- it is likely that players such as Matt Doner and Ian Henderson are earning the most at Rochdale AFC.

Rochdale AFC players earn an average £1,586 per week according to Footy.com.

The Dale, like most other football clubs, do not release their wage bill. However many journalists often break wage bill information from Premier League teams which are often accurate. But for Championship and League One teams, very little is known about players wage bills. But here we take a look at the likely Rochdale Players Salaries.

What we can tell you is that the average player wages in League One are around £2,000 per-week. However, according to reports, the average weekly wage of a Rochdale AFC player is around £1,586 per week. So here are the Rochdale Players Salaries and contract details 2020.

Rochdale news is often about game purchases, but it is also very interesting about other parts. It is especially useful for Rochdale tickets, shirts and match kits as it is written. There are also many who are looking for a logo or wallpaper to have on their mobile or tablets. Click to go to Rochdale’s official shop, Twitter account and webpage.