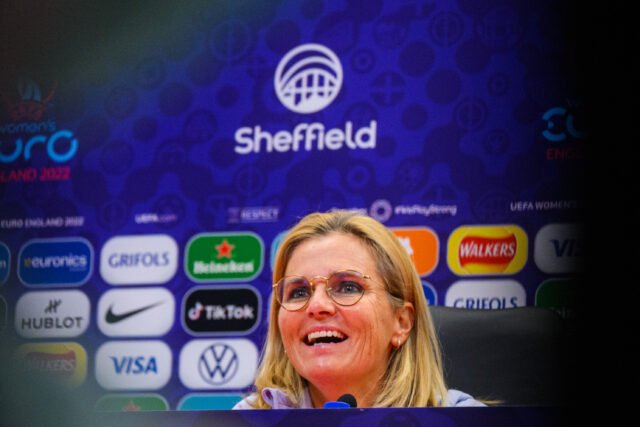 England vs Sweden odds winner – (1 x 2) – who will win according to the odds?

England and Sweden don’t share the same talent pool. This is an important game for both England and Sweden and there are many reasons for that. The Swedish team hold the bragging rights with 3 wins out of 9 between these two in the head-to-head records. England have only won 2 games previously and 4 games have been draw. Watch & Bet Football Live =>

The English loss versus Sweden that have probably hurt the most, have to be when Sweden beat England in the first ever 1984 Women’s Euro final. Now England can settle that in today’s 2022 Women’s Euro semi-final.

Ellen White, the current record goalscorer, had a tough night against Spain which has led to calls for Alessia Russo to step up from the bench.

Alessia Russo, the Manchester United striker, has made only one start for the Lionesses in the 2022 Women’s Euro. “Whenever I am given a chance I will take it, whether it’s as a starter or on the bench,” Russo told Standard Sport.

“I am just delighted to be here and keep performing for the team, and grinding out results at a major tournament. We have some unbelievable talent in the dressing room, it’s just important to help as much as I can.”

Ella Toone and Chloe Kelly have impressed and are also pushing for starts. Will they part of England’s starting lineup vs Sweden? We will find later today if Sarina Wiegman has put them in England’s XI vs Sweden. Watch & Bet Football Live =>

Looking at the odds, England (1.65) has the majority of the odds in their favour while Sweden (5.75) is tipped to scrape past.

Find out more about Sweden and England at www.uefa.com. Watch & Bet Football Live =>