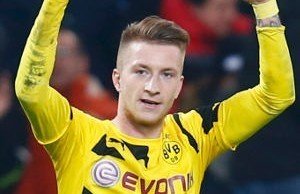 Undoubtedly one of the finest attackers in the game. Marco Reus is referred to as a complete forward with his bags of skill, pace and attacking threat, he is considered one of the best flair players in Europe.

Despite several injury concerns for the German star, which sadly kept him out of the World Cup in Brazil, Reus is one of the stars left remaining at Dortmund, but it’s unclear for how long.

The play-maker recently signed a new contract at the club which cancelled his £20million release clause, but with Jurgen Klopp leaving this Summer, there is a strong chance that Reus could follow suit.

Wherever he ends up, it’s almost certain than Reus will become one of the world’s greatest.