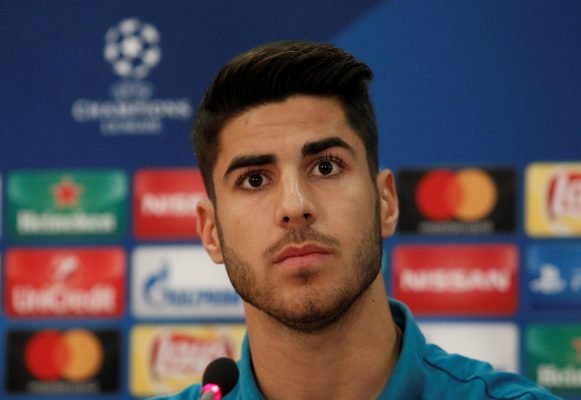 Real Madrid star speaks about his future amid Chelsea interest

Real Madrid star Marco Asensio opened up about his future at the Bernabeu this week, in the midst of supposed interest from Premier League clubs over his signing.

The 21 year-old has started just twelve matches in all competitions for los Blancos this season, but has dealt a blow to the likes of Chelsea and Manchester United by pledging his future to the Spanish champions.

“It is difficult to manage a squad as good as our one, but Zidane knows he can count on me,” the said in a recent interview.

“I work hard every day to earn more minutes, but I am aware of where I am. I am at the best club in the world and I am happy at Real Madrid.”

Despite having taken a starring role early on in the season as Madrid won the Spanish Super Cup, Asensio has seen his minutes limited and was rumoured to be considering his future.

With Gareth Bale now back from injury, it will be interesting to see whether he can force his way back into the first team reckoning for Zinedine Zidane’s side.

Asensio is widely regarded as one of the brightest upcoming talents in world football. He and Real Madrid have work to do in the new year, they currently sit 4th in La Liga, fourteen points behind leaders Barcelona with a game in hand.

Real Madrid star speaks about his future amid Chelsea interest