This is a clash of titans. One for the history books and something is sure to go down as the top fights of this century. Two massive names of the sport will take each other on in a highly-anticipated heavyweight fight on Saturday, 23 April.

Now, there is a lot of hype surrounding the fight but very little to pick the winner. According to Tony Bellew, Dillian Whyte will enjoy several advantages and Fury might only get a mere 5-10 seconds to floor his opponent. The Gypsy King is undefeated in his last 32 matches

“Dillian can win this fight. I know for a fact, Tyson Fury does not think in his mind that this is an easy fight – because it’s not.

David Haye believes Tyson will primarily emerge with action, putting all his force on Whyte. However, if ‘Captain Hook’ deals with it, there can be a different outcome.

Speaking on it, Haye said, “I want to see what happens when Tyson Fury lets his hand go for 10 seconds. Pins Whyte gets the ropes. Roy Whyte has got a very, very good defence, good eyes. He can see what’s coming and he should be able to see Tyson Fury’s shots coming because he is a lot older and slower.”

The odds are heavily against Dillian Whyte. Most betting companies have Fury as a big winner and based on the odds of bookmakers ‘The Gypsy King’ is a big favourite to win the fight in heavyweight boxing. For example, Unibet‘s odds for a win, are 1.20 for Fury and 4.50 for Whyte. Watch & Bet on Boxing => 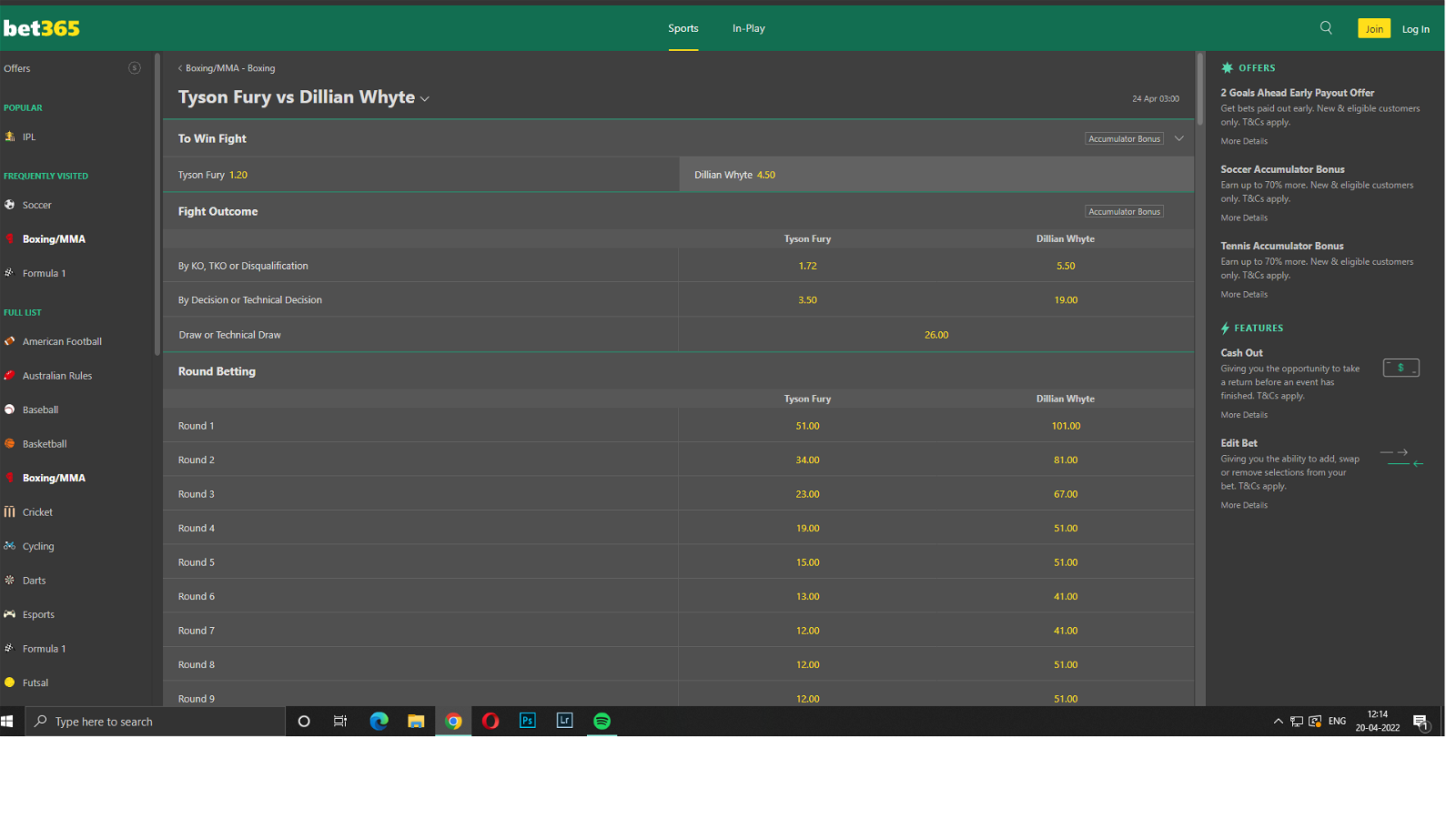 Regardless of the outcome, Tyson Fury vs Dillian Whyte is almost certainly going to be a sporting highlight of 2022, and there’s no place better to wager on the action than bet365, with a fantastic Open Account Offer available to new customers.