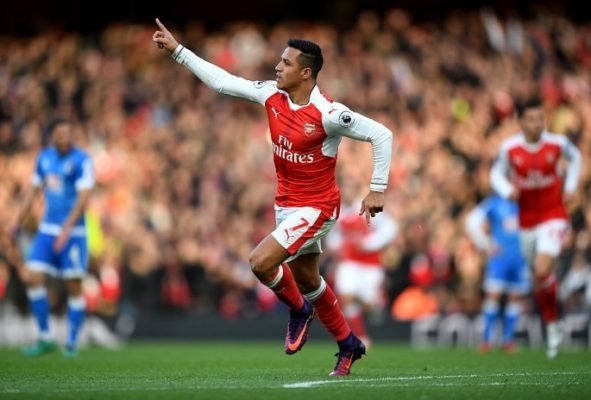 Which players will make the Combined XI for Arsenal and Man City ahead of this Premier League clash?

Arsenal take on Man City this weekend in a top of the table Premier League clash.

The Gunners aren’t on the greatest run of form at the moment and have slumped to defeats in four of their last five games. This accumulation of bad results has seen them slide out of the Champions League places and down the sixth place.

If Arsenal did finish in sixth, then the calls for Arsene Wenger to go would surely only grow louder. A good result against City this weekend could go a long way to helping his side climb back towards the top four.

Man City on the other hand are still flying high at the top end of the league. They’re currently in third place, just two points behind second-placed Tottenham.

City are also unbeaten in their last five and will be hoping to continue that run this weekend and, in turn, get the three points that could possibly help them climb back into second place.

There’s no doubting both sides possess some talented, top-level players and here is our SillySeason Combined XI of the two teams ahead of the match this weekend.