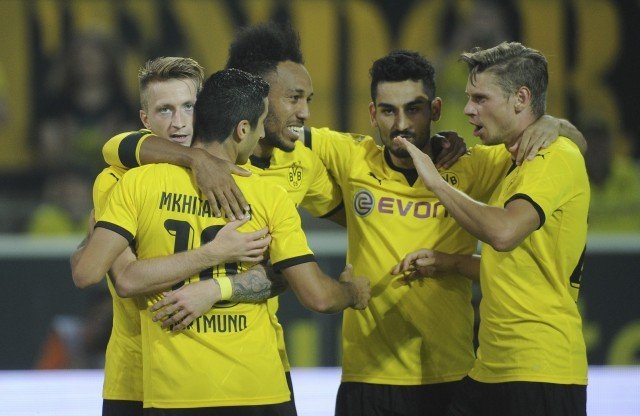 Borussia Dortmund 2016 Pre-Season Tour Dates: With the 2015-16 Bundesliga almost coming to an end, Borussia Dortmund are confident on doing better in the 2016-17 season as they have decided to prepare for the new season with a tour to the US. Only two matches have been confirmed so far. The German giants will face Manchester United on the 22nd of July 2016 in China though the venue is yet to be announced. On the 28th July they will face another Manchester club in the International Champions Cup, The blue and yellows will face Manchester City in China to conclude their China Pre-season Tour. see the complete schedule of the International Champions Cup 2016.

The 2015-16 season is Borussia Dortmund’s 105th season in the club’s history. This season has not been the best for Borussia Dortmund considering the potential the club has but one thing we can say is that it has been a better season compared to last year’s disappointing finish in the Bundesliga under Jurgen Klopp who is now Liverpool manager.

This season the Black and Yellow team has been impressive compared to last year finishing 2nd in the Bundesliga, reached the quarter-finals of the UEFA Europa League and are now in the finals of the DFB-Pokal with Bayern Munich, the final will be played on 21st May 2016 at Olympiastadion, Berlin.

Pierre-Emerick Aubameyang has been in great form for Dortmund scoring 22 goals in the league and 32 in all competitions.

Here is the full schedule of Borussia Dortmund’s Pre-season tour to China. Enjoy.