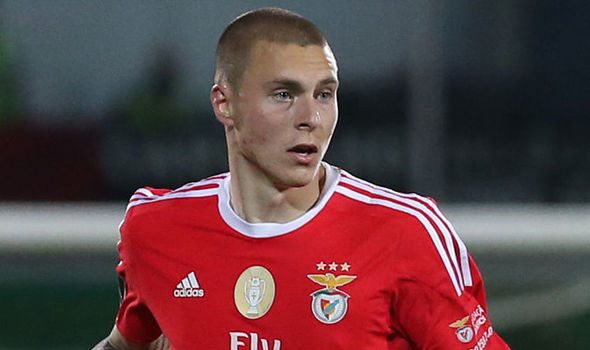 Chelsea is reported to have locked horns with Manchester United over the signing of Victor Lindelof.

The Swedish defender was a transfer target of Jose Mourinho at Manchester United, but Antonio Conte seems to have developed an interest lately. The Chelsea manager is also said to have told his scouts to monitor his situation at Benfica.

According to mainstream media sources, Lindelof is expected to cost around 38 million pounds for either club. But considering Mourinho’s defence options at Old Trafford, no wonder he wants to sign Lindelof as spin as possible.

While Antonio Conte will have a much better defence should he sign Lindelof, Mourinho would need him more than ever. Plus Jose is famous for signing world class defensive and central defensive midfielding talents and the signings of Zouma, Matic, Filipe Luis at Chelsea; along with Paul Pogba and Eric Bailly at Manchester United are to name a few.

Conte seems to have a different approach though. He has transformed David Luiz and Gary Cahill into world class defenders- something Chelsea fans, and football fans in general, are amazed to see. Players who were called a “joke” at the start of the season look like FIFA team of the year nominees, but we need to understand that he was able to transform a “hilarious” defensive line of Barzagli, Bonucci and Chiellini into the most wanted defensive trio in Europe’s top five leagues.

So Lindelof seems to be a good possibility for Manchester United at the moment.